Only a forty-five (45) minute drive from Mfuwe International Airport, this affordable eco lodge is in an area away from other safari lodges, camps and accommodations. Zikomo Safari camp is spread under a canopy of enormous shade trees on the banks of the Luangwa River. Zikomo’s placement in the isolated Nsefu sector allows guests immediate access to one of the least crowded and most wildlife rich areas in the world.

Located in eastern Zambia, the southernmost of three national parks in the valley of the Luangwa River, is a world-renowned wildlife haven. Concentrations of game along the meandering Luangwa River and its lagoons are amongst the most intense in Africa. The river teems with hippo and crocodile and provides a lifeline for one of the greatest diversities of habitat and wildlife, supporting more than 60 species of mammals and over 400 species of birds.

It supports large populations of Thornicroft’s giraffe, and herds of elephants and Cape buffaloes often several hundred strong. It is one of the best-known national parks in Africa for walking safaris. Founded as a game reserve in 1938, it became a national park in 1972 and now covers 9,050 km2. 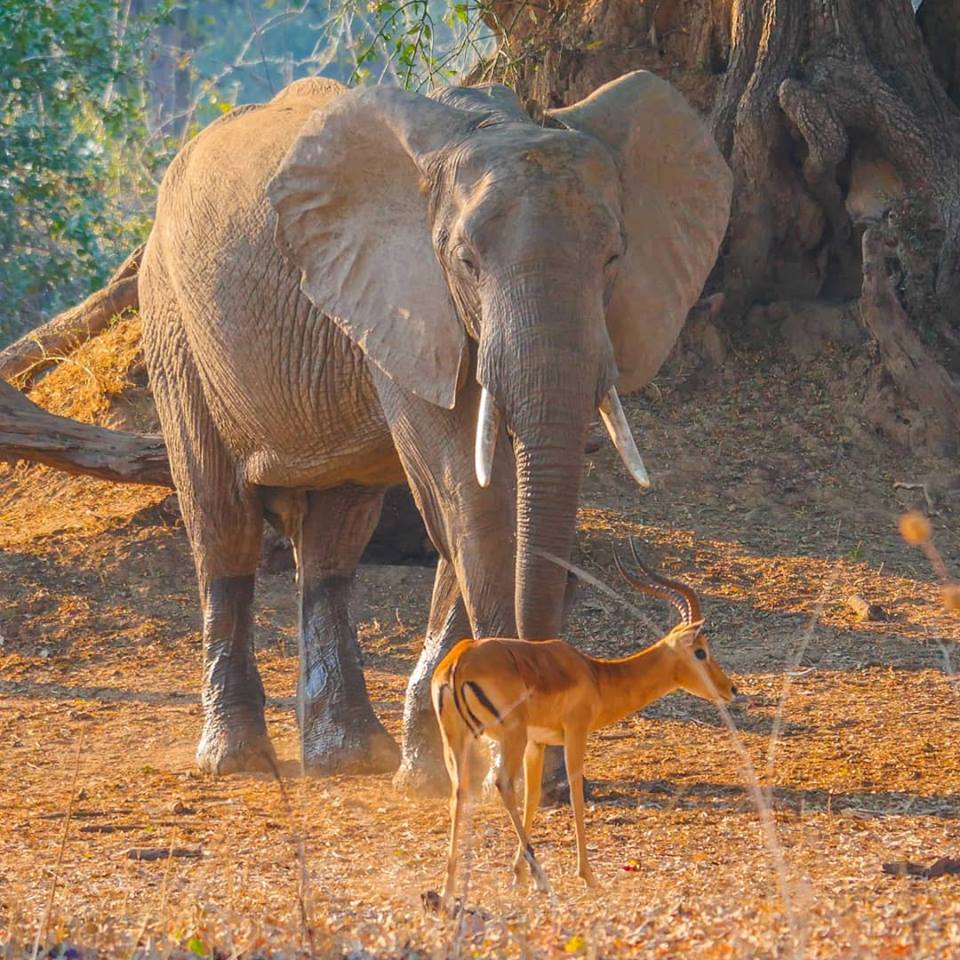 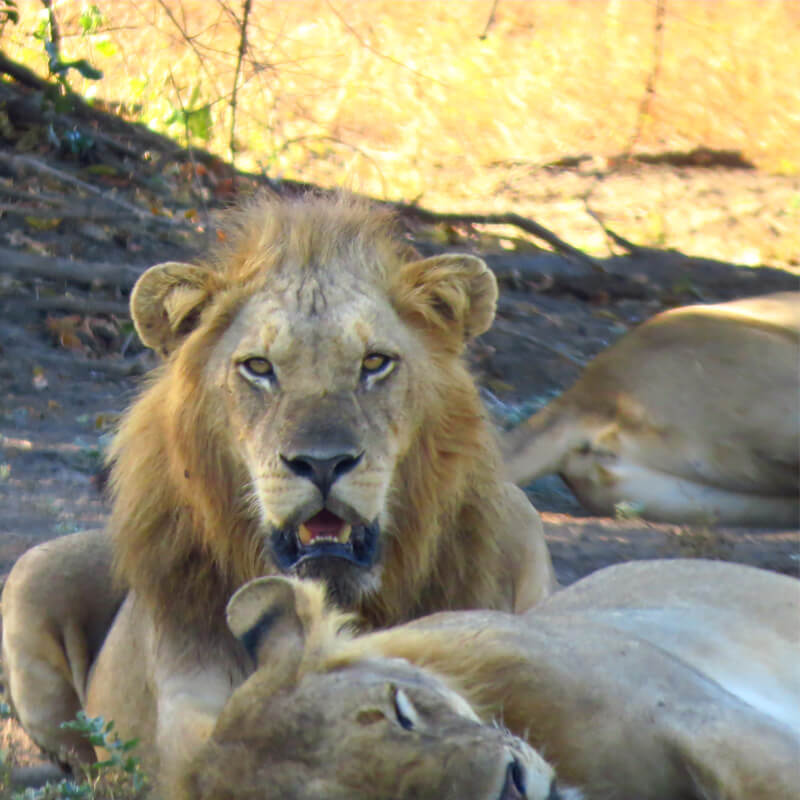 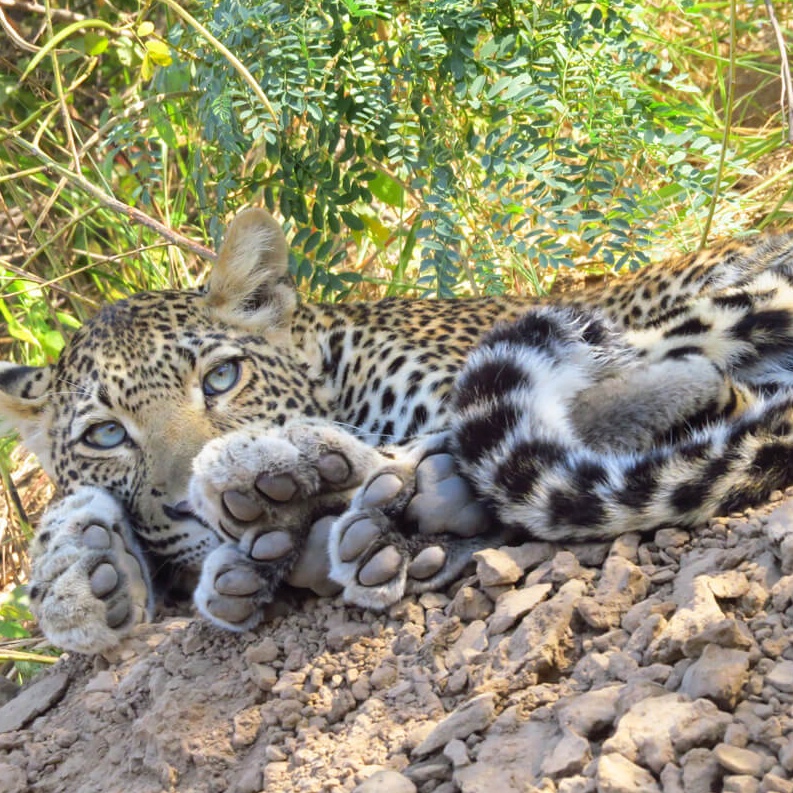 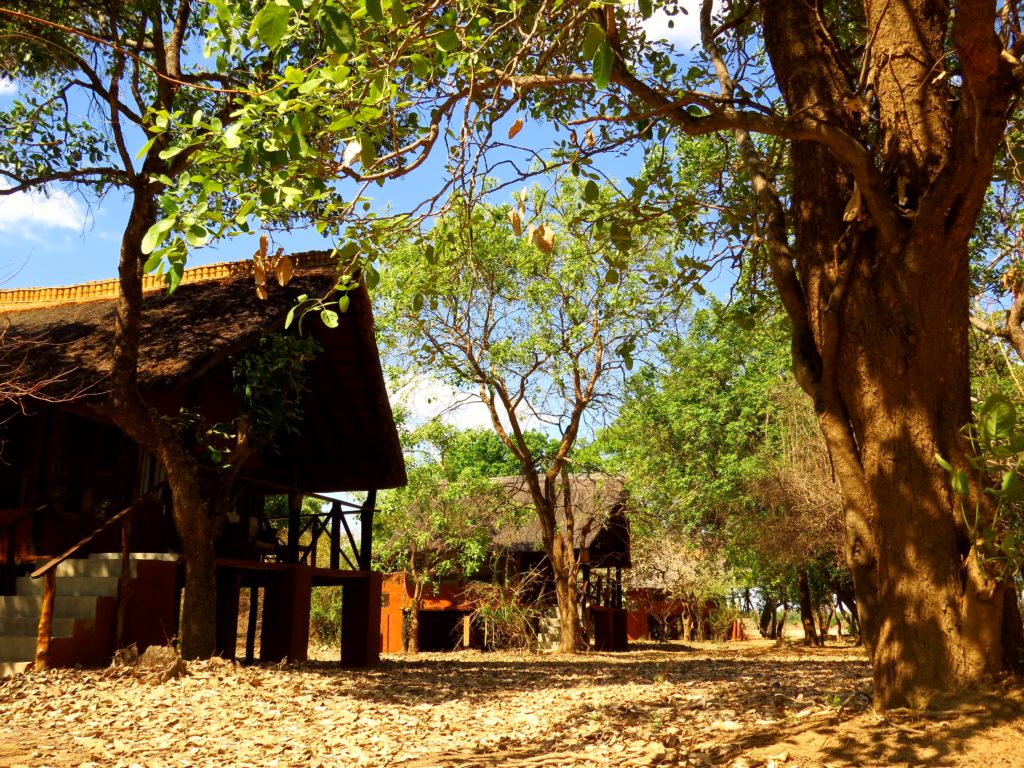 In the heart of South Luangwa National Park

The park spans two ecoregions, both of them woodland savannah, distinguished by the dominant tree: Southern Miombo woodlands cover the higher slopes of the valley, while Zambezian and Mopane woodlands cover the bottom of the valley. The Mopane tree tolerates the higher temperatures and lower rainfall found at lower elevations than miombo trees which are found on the higher plateau. Within these woodland savannahs are larger patches of grassland, so that grazers such as zebra and leaf browsers such as giraffe are found in profusion in the same areas. Patches of flooded grassland habitats (floodplains) are found close to the river, on which hippopotamus graze at night. Their dung released into the river fertilises its waters and sustains the fish population which in turn sustains the crocodiles.

The Luangwa valley, continued to the west by the Lunsemfwa River valley, contains some varieties of animals such as Cookson’s wildebeest and Crawshay’s zebra which are endemic or near-endemic to the valley. It also represents something of a natural barrier to human migration and transport, no roads cross it and this has helped conserve its wildlife. 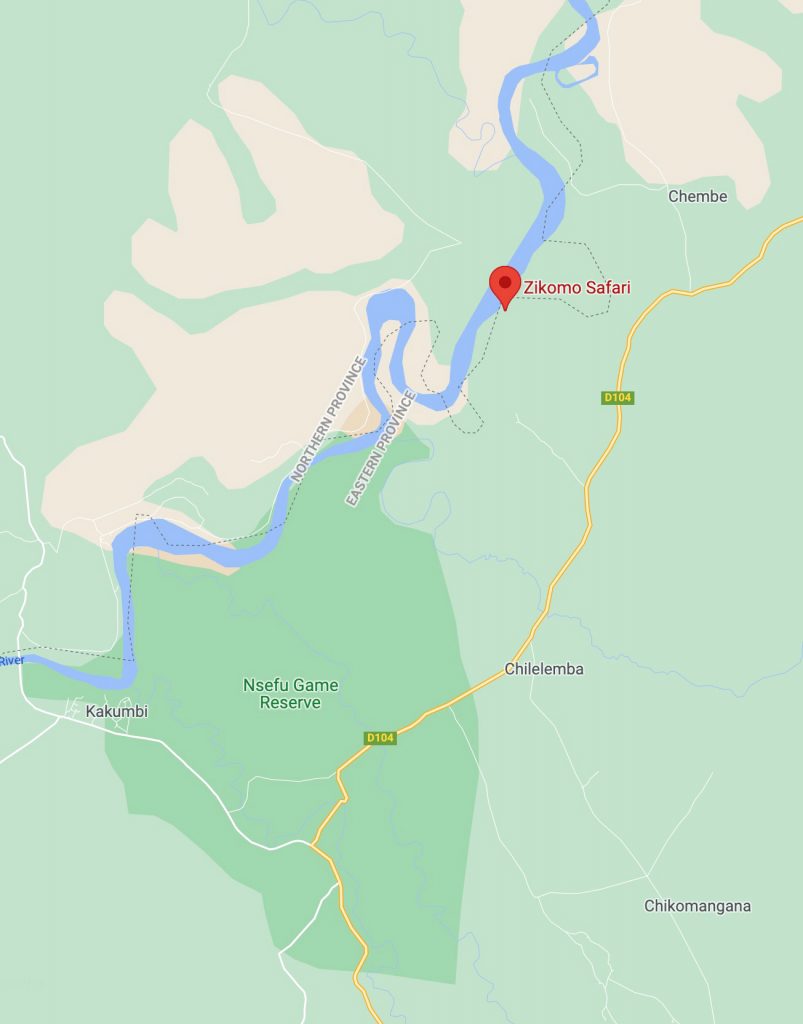 How to get here

By Car:
9 hours on average from Lusaka the Capital City of Zambia and a mere 2 hours from the Eastern Capital of Chipata in Zambia.

We can also arrange car hire and transportation services with our third party partners.